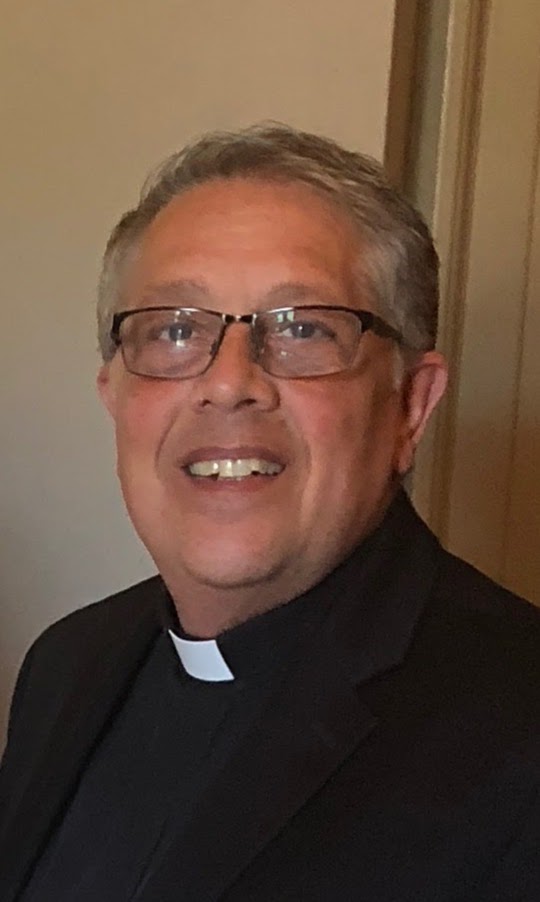 In June of 1983, Fr. Christopher and Angie moved to the Chicagoland area, serving St. Iakovos Greek Orthodox Church in Valparaiso, Indiana until 1987. Fr. Christopher then was assigned to St. Athanasios Greek Orthodox Church in Aurora, Illinois. During their time in Chicago, Presvytera Angie joined the National Sisterhood of Presvyteres board, where she served for 12 years. She was elected to the office of President in 2000 and held the office for 4 years. She is still actively involved in the National and local Sisterhood, and calls Presvyteres from across the country her friends.

For over 35 years of ministry, Fr. Christopher has cultivated a strong ministry rooted in the youth, and has participated in Ionian Village, the Archdiocesan Summer Camp in Greece several times, as well as his local metropolis camps and programs. Fr. Christopher has spearheaded expansion and fundraising projects at several of his assignments and believes that a ministry of true stewardship is the basis for any meaningful service in the church. 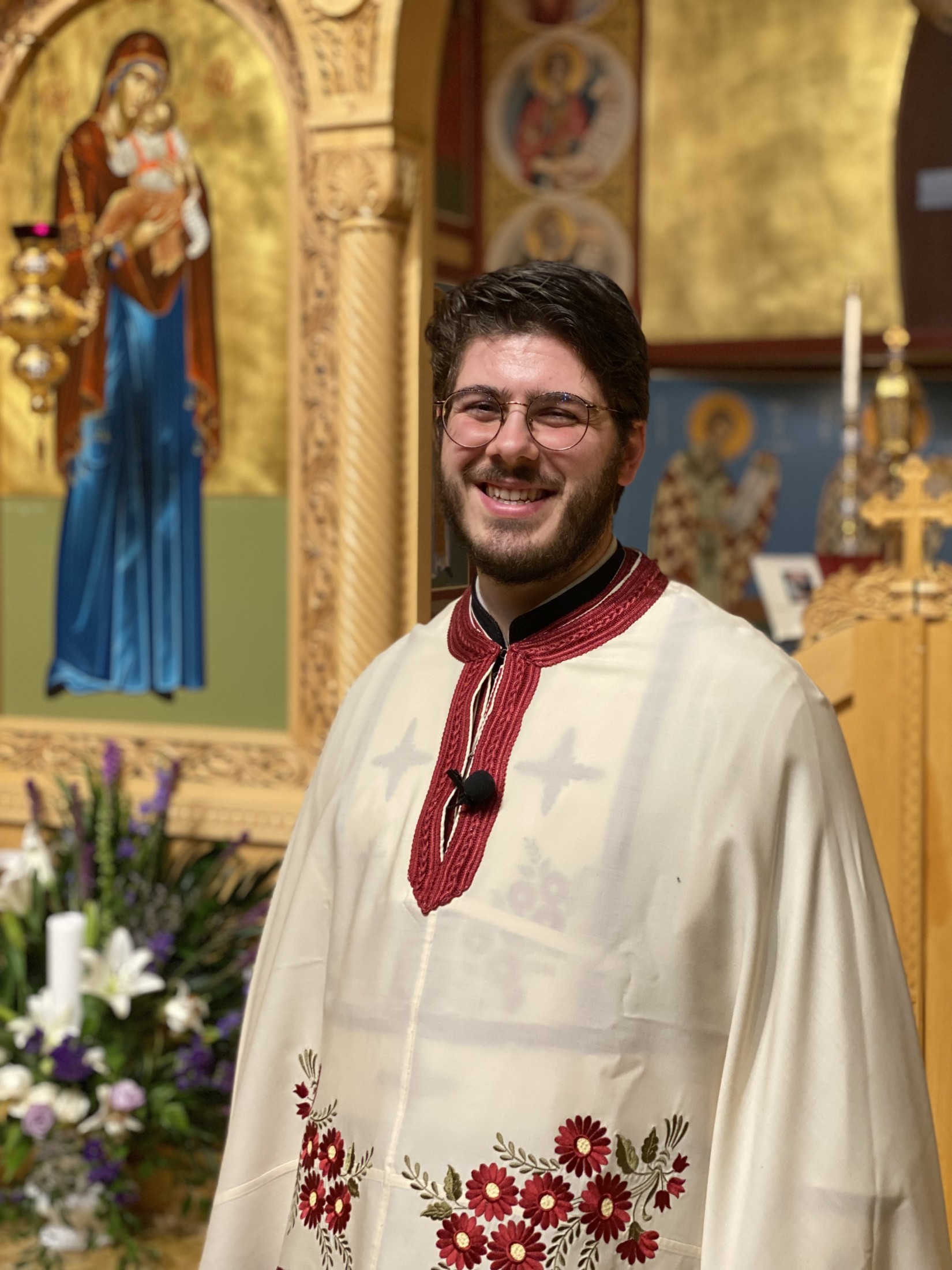 Fr. Elias Pappas was raised in Cliffside Park, New Jersey, at the parish of the Church of the Ascension in Fairview, NJ where his father has been the presiding priest since 2001. He is the fourth of five children born to his parents, Fr. Christos and Presvytera Maria Pappas.

Upon graduating from High School, Fr. Elias began his Studies at Hellenic College Holy Cross where he was involved with many ministries and programs, including the Philoxenia House, local Orthodox Christian Fellowship Chapters, the Campus Beautification Committee, he was a counselor for the CrossRoad Institute, and he established a Patristic Book Club, In addition to these programs, he worked at the Archbishop Iakovos Library, and he was a Sonia Belcher Ambassador, where he would travel across the United States in order to hold religious retreats and to promote the school.

One of the most important experiences he had was being selected as a steward of the Great and Holy Council which took place in Crete, Greece in 2016. He spent two months preparing for the Synod and he was involved with the logistics and security details of the Council.

Fr. Elias received his Bachelor’s Degree in Religious Studies with a minor in Classics in 2019 and his Masters of Divinity Degree in 2021. While at the school, Father Elias met his wife Presvytera Despina, who was also a student at Hellenic College. Presvytera Despina grew up in Stroudsburg PA. She is a daughter of Father Theodore Petrides and Presvytera Cristen, who serve at Saints Constantine and Helen Church in Reading PA. Fr. Elias and Presvytera Despina were married in December 2019 and in January 2021, they welcomed their first child, Christos Timotheos.

Fr. Elias was ordained to the Diaconate in his home parish at the Church of the Ascension, Fairview NJ on the Sunday of St. Gregory Palamas, March 28th 2021. He served at the Holy Cross Chapel until September and then was officially assigned as the Assistant Priest to the Archdiocesan Cathedral of the Holy Trinity on January 1st, 2022. He was ordained to the Priesthood by Archbishop Elpidophoros at the Cathedral on January 8th, 2022.  On December 1, 2022, Fr. Elias was assigned as the Assistant Priest to the Cathedral of St Paul. 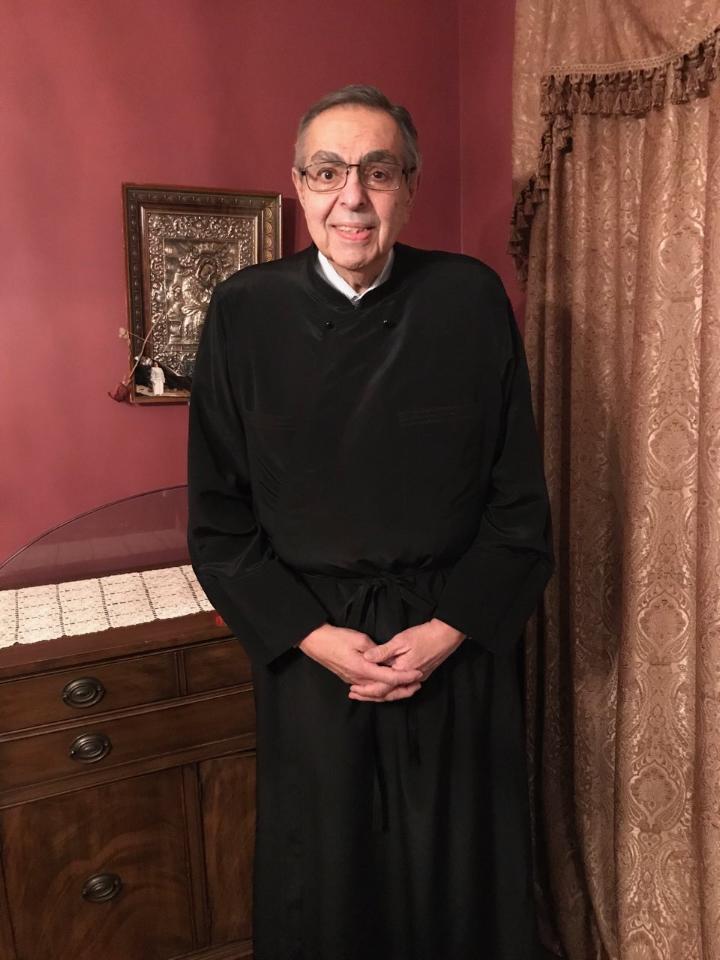 Deacon Mathew is the first-born child of Vasilios and Mersina Kakis. He grew up in Jamaica, New York, attending St. Demetrios Church on 139th St. He completed 6 years of Greek School under Despinis Rita Anagnostopoulou. In September 1959 entered Holy Cross Theological Seminary. That year was his favorite academic year of his life but had to withdraw the following year at the sudden death of his father in order to assist his mother to operate the family florist business. The following year, 1961, the family, (mother, grandmother, brother Anthony and sister Anna) moved to Rockville Centre and St. Paul became their spiritual and fellowship home under the guidance of Frs. George Papadeas and Nicholas Magoulias.

GOYA at St. Paul and the metropolitan area was his focus where he made lifelong friendships. In May 1966, he met the love of his life, Betsy Geones at a St. Paul GOYA meeting. They were married on October 9th the same year. Betsy and Mathew were blessed with Basil, Arthur and Mersina, who grew up at St. Paul attending Sunday School and various activities. Six adoring grandchildren, Alexi, Alyssa, Matthew, Christopher, Sofia and Lukas are their greatest joy as it is to every Yiayia and Papou.

In 2008, he was accepted to the Permanent Diaconate Program at Holy Cross. Even though it was an absence of 48 years, it was as though he never left Holy Cross. June 10th he was ordained to the Holy Diaconate by Bishop Andonios and was honored to be assigned to serve at his treasured home here at St. Paul.