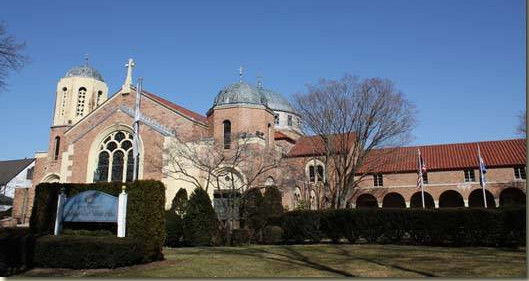 The establishment of a community on Long Island was first nurtured on April 21, 1944 when sixteen people attended a meeting in Mineola, New York and formed an interim committee. On June 13, 1945, The Orthodox Greek Catholic Community of Nassau and Suffolk Counties, New York, Inc. was founded. Father George Papadeas was sent here by the Archdiocese to serve as its priest in 1950. A parcel of land was purchased on Greenwich Street in Hempstead, New York and the first Saint Paul's Church was erected. On December 23, 1950 services were conducted even though the building was not yet completed. On April 15, 1951, Archbishop Michael blessed the cornerstone of the new edifice and that evening the name of Saint Paul was voted upon to become the Patron Saint of the Church. 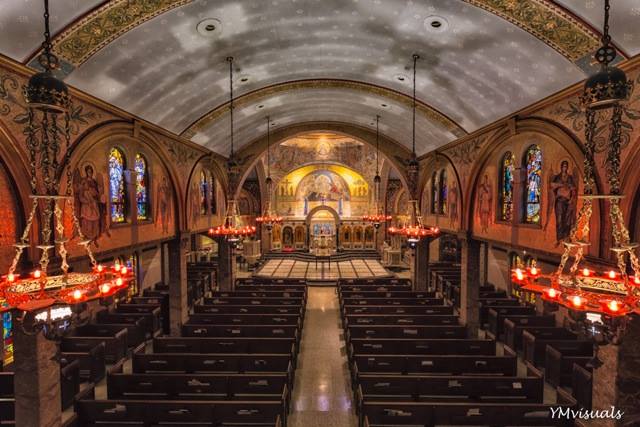 growing needs of the faithful. In 1955, the Cathedral property was purchased for $60,000. The ground breaking ceremony took place in the summer of 1957. His Eminence Archbishop Iakovos officiated in the laying of the cornerstone in 1959. On March 16, 1960, the icon of the "Lamenting Mother of God" was seen to tear in the home of Peter and Pagona Catsounis in Island Park. The Phenomenon attracted world wide attention and thousands from near and far came to witness and to venerate the icon. The Ecumenical Patriarchate proclaimed it to be a "Sign of Divine Providence". The icon is permanently enshrined in our Cathedral.

On May 1, 1960, Father Nicholas J. Magoulias (see "In Memory of Fr. Magoulis") was ordained to the priesthood in the new church. He served three years as an assistant. In 1963, he assumed the pastoral helm of the Community and officially retired in January 2006 after 46 years of dedicated service. On October 17, 1971, His Eminence, Archbishop Iakovos, consecrated the Church. The holy relics of the Christian Martyrs and Saints George, Tryfon, and Parthenios were interred in the Holy Alter Table. Father Joakim Valasiadis was assigned to the parish on this day and faithfully served our Community for 35 years. 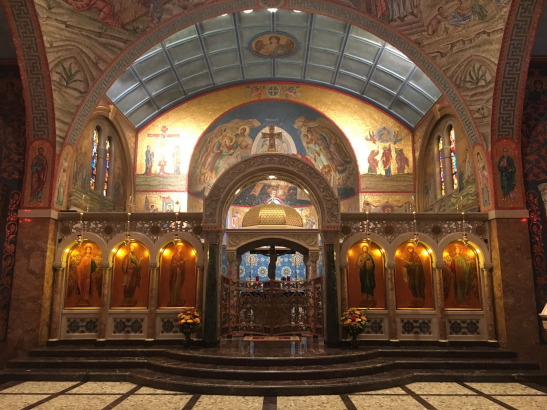 In 1974, the mortgage of the Church was burned. In the same year a vast parcel of land was purchased contiguous to the parking lot which gives access to Hilton Avenue. Later, the corner house on Cathedral Avenue was bought and is presently being used as an educational building named in honor of Constantine and Carol Cassis. His Eminence officially proclaimed Saint Paul's Church as the Cathedral of Long Island on Palm Sunday, April 3, 1988. At this time Father Nicholas J. Magoulias was appointed Dean of the Cathedral and Father Joakim Valasiadis Ecclesiarch of the Archdiocese. The Parishioners were deeply honored and blessed with the historic visit of His All Holiness Dimitrios, Ecumenical Patriarch of Constantinople, and the Holy Synod on July 17, 1990. Evening Services were conducted and a reception and dinner was hosted by the Community.